In the 16th century, the vampire legendary center Dracula clan was deeply buried deep under the Neo Vampire clan. The neo-vampire family was called the Corvin family and the earth was theirs. Time flies, 1999. At 9:09:00 on the day when the Grand Cross where the planets including the earth lined up in the solar system occurred, three children were born. The written prophecy states that these children will save the Dracula clan. Children who kept accumulating infinite power till the time to come was supposed to be 22 years old in 2021. Manami (Tetsuo Asaime) who will have a 22-year old birthday in three hours will meet a friend at Shinjuku. A strange woman, Giga (Nakagawa Shoko) came over and killed other than Manami one after another. A woman named K (summer sail) appeared to Manami who escaped alone and ordered, “If you are lame, please do as I say.” It was Yamada (Masunosuke Mitsushima) who claimed the Korubin who helped Manami escaping from K alone. 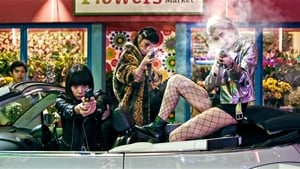