A girl’s past story. At first glance it is a very ordinary family, but always monitored by someone, parents have changed many times, mothers always care about the girls bleeding. K (Natsuho) and Noah, a college student who went to Transylvania in Romania, visited a ruins hotel operated by Vampire, who was preying on guests. I go to the depths of the underground that we are connected to the world as it is guided by the girl we met there. When you notice, K are brought to “Hotel · Requiem” like a palace filled with bright colors and light. In this hotel which is managed by the princess (Yuumi Adachi) which exists as the heart of the hotel, Elisabeth · Batori (Megumi Kagurazaka), a mysterious man · Yamada (Masunosuke Mitsushima), the prey, Noah, belongs to the Corbin tribe, the underground Dracula K who was abandoned at the heart becomes a Vampire family. And in 2021 the battle of two families was about to begin. 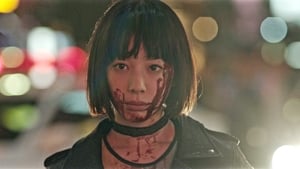