“Hotel · Requiem” – This is a luxurious hotel where the Korvin tribes of the neo · vampire family who dominate the ground run against human beings. A nationwide contest tournament sponsored by Yamada will be held here, handed down by the princess whose lower part is connected to the hotel (Yuumi Adachi), Elisabeth · Batori (Megumi Kagurazaka), a mysterious man · Yamada (Masunosuke Mitsushima). Among them was the appearance of K (summer sail) secretly infiltrating. Manami (Tetsuo Asaime) brought to the hotel by the back of the ornate party is stabbed in the chest with a knife and when the old empress (Yumemo Adachi) suffocates suffering from the falling fresh blood, the empress wore young I will go. The empress who regained youth declares “At the party tonight, the world ends” at the party venue. It is said that only the chosen people in this hotel can survive. The time of the collapse of the world comes in front of the people who can hardly believe. 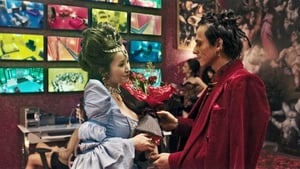