The invitation of young men and women is obstinate, the true identity of a luxurious hotel called “Hotel · Requiem”, a devil’s house that forces life as livestock, it is the Tokyo Vampire Hotel that the Corvin’s runs. The trapped men and women will fight handguns and swords to escape from this hotel, but the Korbin tribe will rise quickly no matter how much he knocks down, so the teeth do not stand out. K (Natsuho) secretly cooperates with Noah who once became a Korbinian tribe, bringing out Manami (Totate Asae) to a source of the Dracula clan deep underground. And the secret of Manami’s birth is revealed. In 1999, one of the three children born at the same time on the day Grand Cross took place was Manami. However, the other two survived until the age of 22, as ancient blood came abnormally in the body, died while suffering, and committed suicide. K was a messenger sent to bring Manami here. 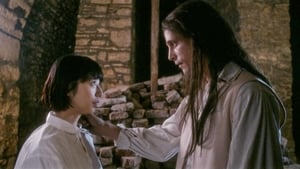