The surviving people and the Korbin tribe explore the way of coexistence and co-prosperity without knowing what will be the end after all. There are also cooks · Cody (Shibukawa Kiyohiko) who prepares people’s meals. Manami (Taketa Asao) who returned to the human figure there appears, but I do not remember anything what happened. Fifteen years later, the former fight was like a lie, at the hotel humans and the Korubin were living a calm and shared life. Humans regularly donate blood and supply blood to the Kolvin tribe. It is K (summer sail) who plays the role of the hotel’s heart on behalf of the princess. Akari (Norikazu Mori) born in this hotel also will be 14 years old soon. She does not know the outside world, she is the only human being born and raised in this hotel, has received love for both human beings and the Korbin tribe. However, there was a huge secret in this hotel that neither man nor the Korbin tribe knew. 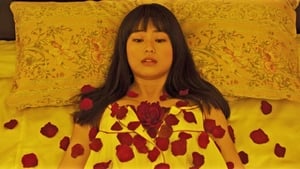